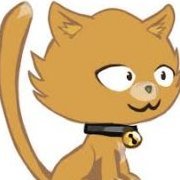 When the skill for axe got rebalance?

So, nowadays sword is the mainly chosen weapon for the fighter class, especially for two handed jobs like Destroyer. Because of the range skill you got (if you go from swordsman-knight path) which is the Sonic Boom, and the faster physical attack you got from the Passive Skill.

How about the axe user? Well axe have a great critical damage, and critical rate from their passive skill, not to mention the Rage Burst. Make them have a huge critical damage and rate.

So everyone (my guild friend, the 135+ destroyer player, the experienced player) always saying to me to use Sword for Destroyer because of the range skill you got and faster attack. Why not axe? Because axe don't have a faster attack speed, but true he got range skill Earth Wave and great crit damage, but not as long range and faster compared to the Sonic Boom. And Destroyer with sword always win and most used. Because with nice equipment the damage of Destroyer is big even with sword, it is enough to kill swordmaster, destroyer, rogue, mage with one Sonic Boom. Even they got passive skills Sword Accuracy (again, sword only. plus Spirit Sword and Spirit Aid).

And the sword user also got the same skill that Axe user got. But not vice versa for the axe.

War Situation - Destro axe hitting the tank, Earthwave, and then get close for great BC (Burning Crash), not even get close to the tank, another range player and faster (SM, Destrosword, AR,TM cardinal, SA, GM) is killing the destro. And we also know that destroyer has a low physical defense, so much faster die. Before the update Axe user can still use the Sonic Boom, and still lot of axe user that time.

So i search a topic about axe, and the GM, your honor Orange, has responded to several Axe topics, and said, will change and looking about balancing the weapon (Axe).

But until now the axe haven't got the update yet. My suggestion is maybe make the Earth Wave, Axe and Mace only and add the range of the skill or something like that.
Earth Wave Long Range but lower speed can 50-50 against SB shorter range but faster speed, or something like that. Or i don't know it is melee class so make it melee?

Maybe the other have got a good idea? Thanks for the chance, and sorry for the words. If there is no balancing than sword is the used one although axe

3 answers to this question